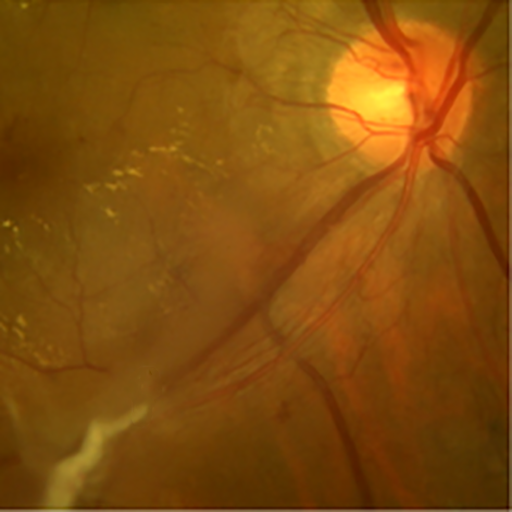 Diabetic retinopathy (DR) constitutes a leading cause of blindness in the working-age population in developed countries, and affects 300-500 million people worldwide (estimates of WHO). Although diabetic macular edema is the most prevalent cause of reduced vision in patients with diabetic retinopathy, proliferative diabetic retinopathy (PDR) is potentially the most serious ocular complication of diabetes as it can result in profound loss of vision with loss of independence. PDR can disrupt an already compromised macular function through traction and can cause tractional retinal detachment. PDR is a wound healing-like response in which neovascularization is accompanied by influx of inflammatory cells and development of myofibroblasts. This progresses to a fibrotic phase with fibrovascular contraction causing hemorrhages, retinal detachment and inevitable blindness. Pars plana vitrectomy is an established and successful treatment for the complications of PDR. It is required in approximately 10% of patients presenting with PDR.

Excessive VEGF production plays a critical role in the etiology of PDR and increases vascular permeability, dilates blood vessels, promotes the proliferation and migration of vascular endothelial cells, and attracts endothelial cell precursors and monocytes (Campochiaro 2013). Pre-operative VEGF levels have been shown to correlate with post-operative complications after vitrectomy for PDR (Funatsu et al., 2007, Wakabayashi et al., 2012) and recently, numerous studies have reported improved clinical outcomes by injecting intravitreal bevacizumab (BZB) and ranibizumab (RZB) pre-operatively in patients undergoing vitrectomy surgery for the complications of PDR. Effectivity of these drugs is related to their ability to reduce neovascular tissue vascularity, by reducing intraoperative bleeding, easing dissection of fibrovascular tissues, and by reducing the occurrence of post-operative vitreous hemorrhage (Summarized in a systemic review by Martinez-Zapata et al., 2014).

However, next to non-responsiveness to anti-VEGF therapies in some patients, the use of anti-VEGF therapy may increase the risk of fibrotic complications, termed by us in the past as the ‘angiofibrotic switch’. We discovered a correlation between vitreous levels of the pro-fibrotic factor connective tissue growth factor (CTGF) and the degree of fibrosis in PDR patients, and demonstrated that the CTGF/VEGF ratio in vitreous was the strongest predictor of clinical fibrosis (Kuiper et al., 2008; Van Geest et al., 2012). Clinically, the angiofibrotic switch was observed after intravitreal BZB (Van Geest et al., 2013), as predicted by our experimental observations. Others have also reported exacerbation of scarring and subsequent contraction of fibrous tissue leading to tractional retinal detachment in patients who received anti-VEGF treatment for active PDR (Reviewed by Osaadon et al., 2014). Recently, applying a proteomic approach, we have identified additional proteins to CTGF that may be instrumental in the formation of fibrovascular membranes in PDR patients. We now investigate the role of these proteins in a larger study in more detail.


Identification of proteins associated with clinical and pathological features of proliferative diabetic retinopathy in vitreous and fibrovascular membranes.
PLoS One. 2017 Nov 2;12(11):e0187304.

Vitreous TIMP-1 levels associate with neovascularization and TGF-β2 levels but not with fibrosis in the clinical course of proliferative diabetic retinopathy.
J Cell Commun Signal. 2013 Mar;7(1):1-9.